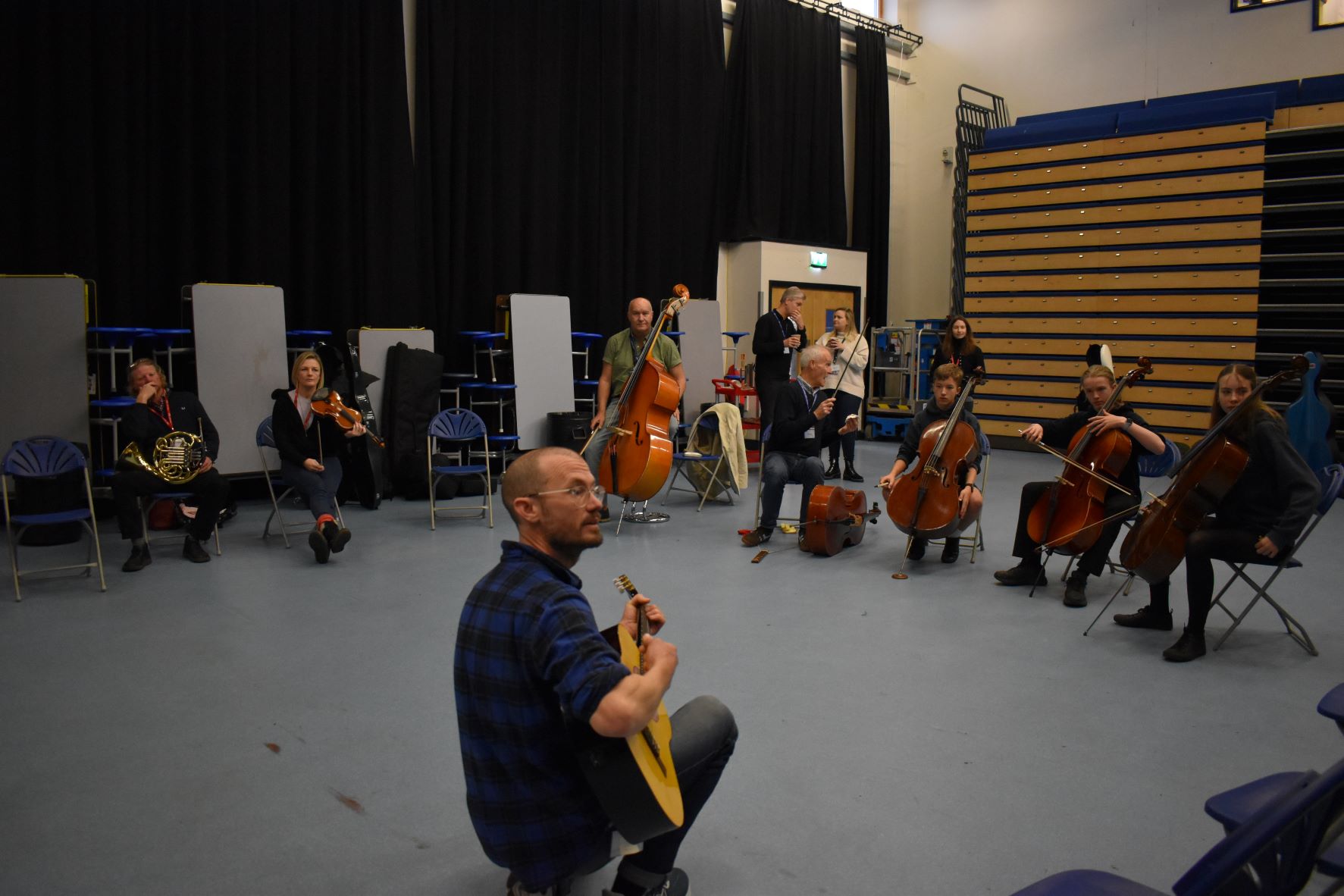 On Tuesday 22d November, 13 Year 10 CNS music students were lucky enough to work alongside award-winning composer James Redwood and players from the BBC Concert Orchestra, as part of an exciting collaborative project to support composition work in secondary schools.

Working in conjunction with the BBC Concert Orchestra and their 3-year residency in Great Yarmouth, the Norfolk Music Hub's 'ShareSound 2' project aims to support music creativity in Norfolk schools through a series of workshops led by James.

The session was the first of three that will take place at CNS and that will run alongside workshops in two other schools from King's Lynn and Great Yarmouth. The group started with some warm-up exercises before beginning work on the composition of a Rondo-formed piece of music for their own school group.  The two remaining workshops will take place early next year.

The project will run over several months during which the students will continue the composition work within the school.  It will culminate with a live performance in March at the Drill Hall in Yarmouth, where the students from all three schools will perform the new collaborative piece that is created. 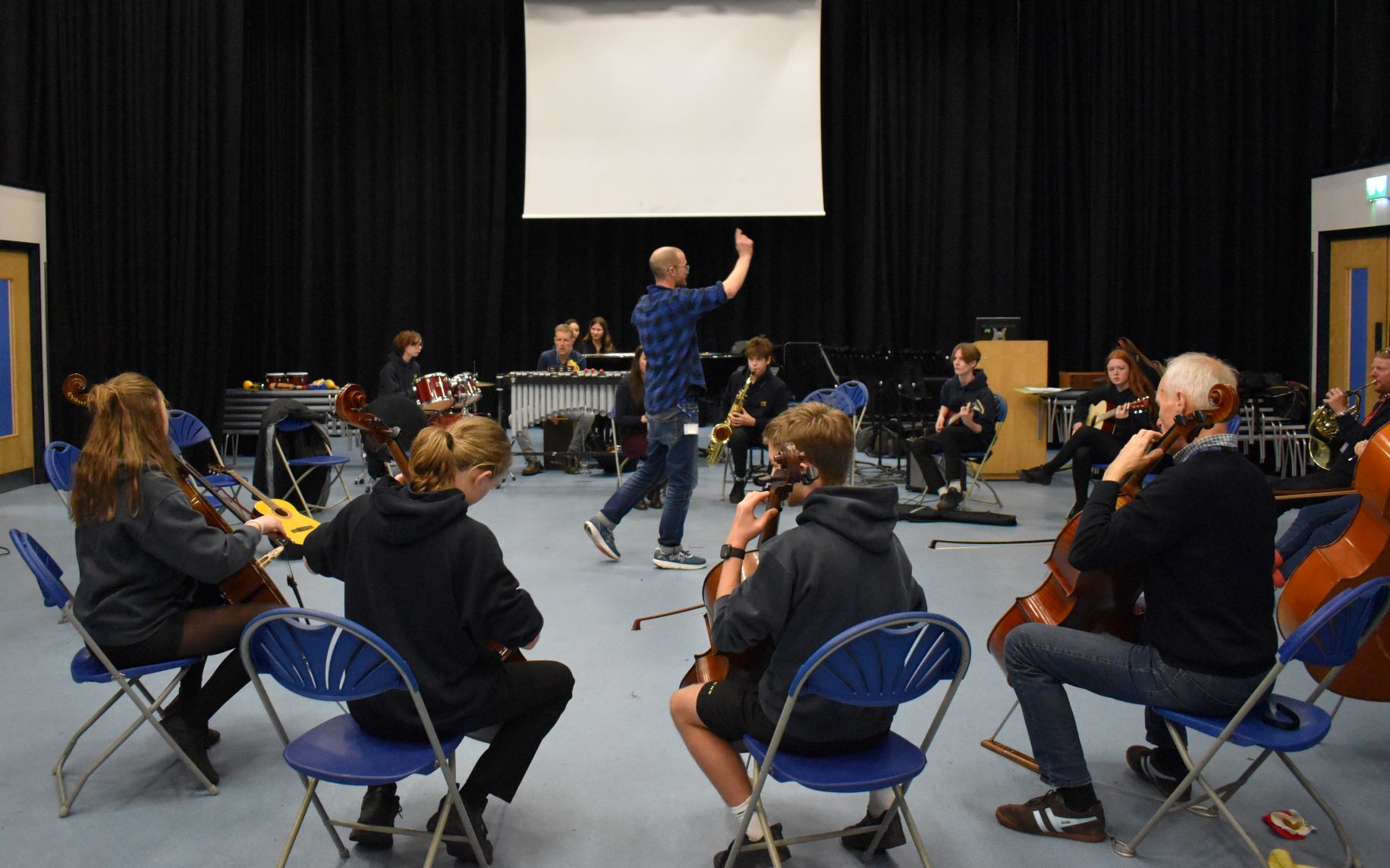 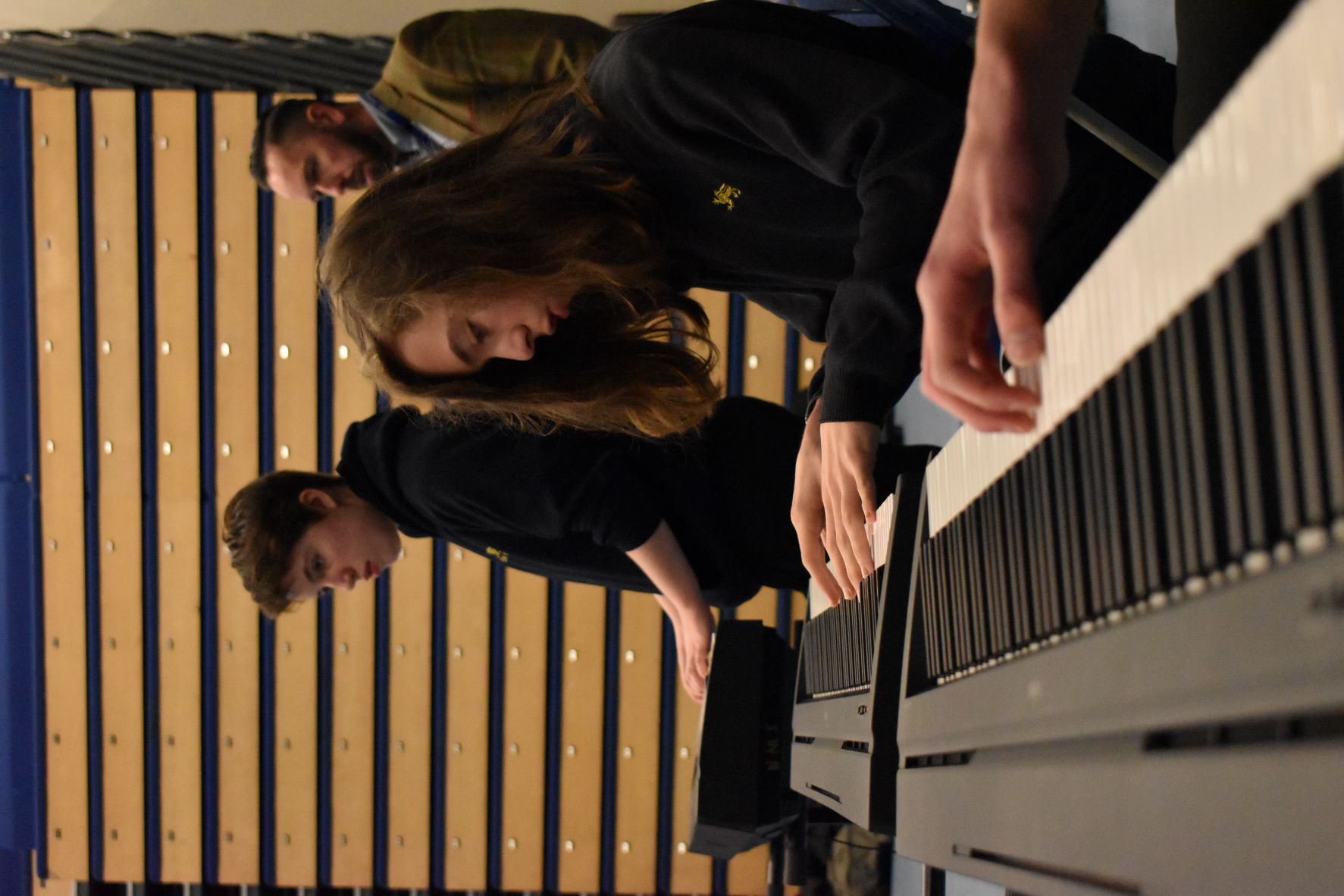 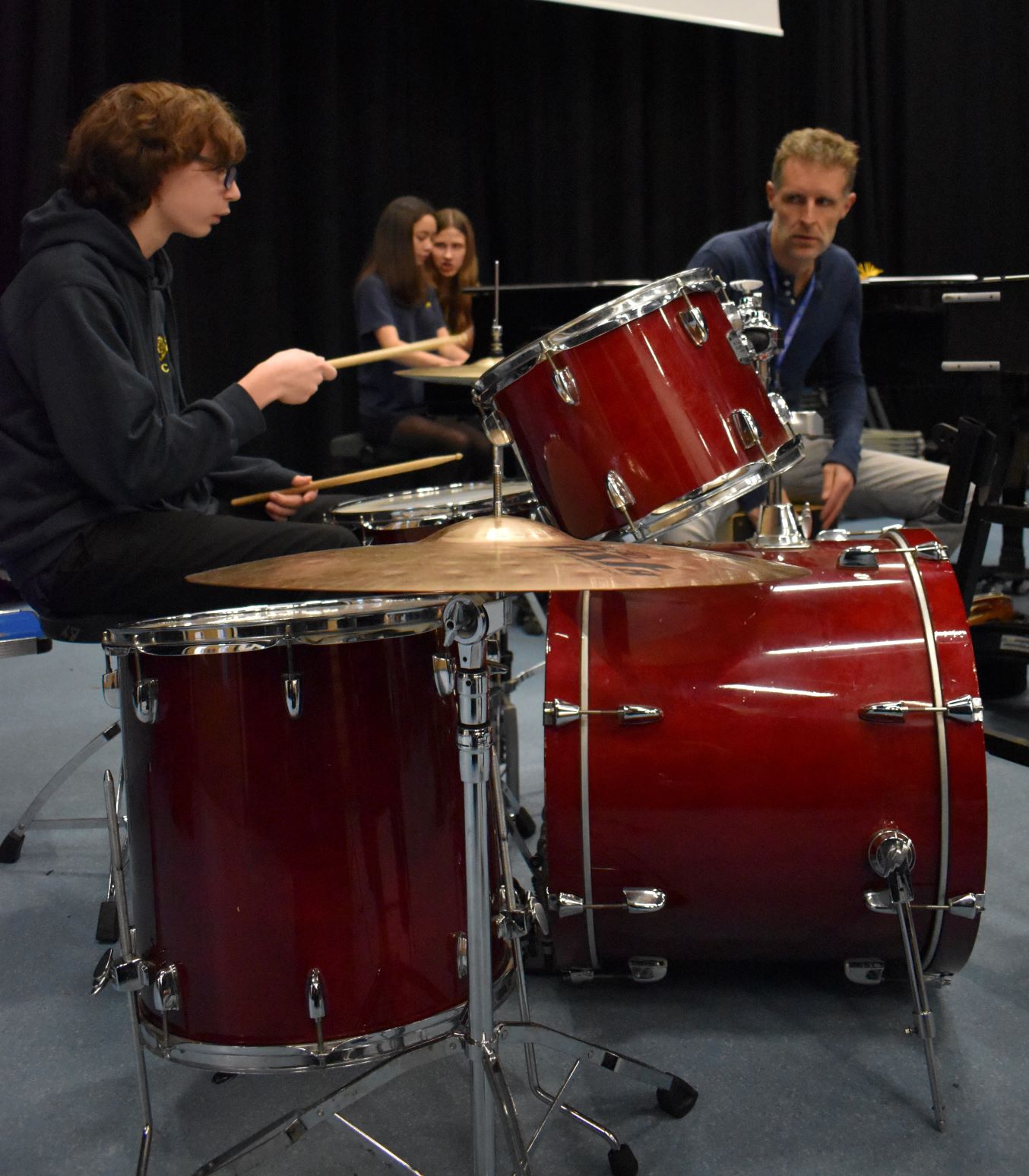 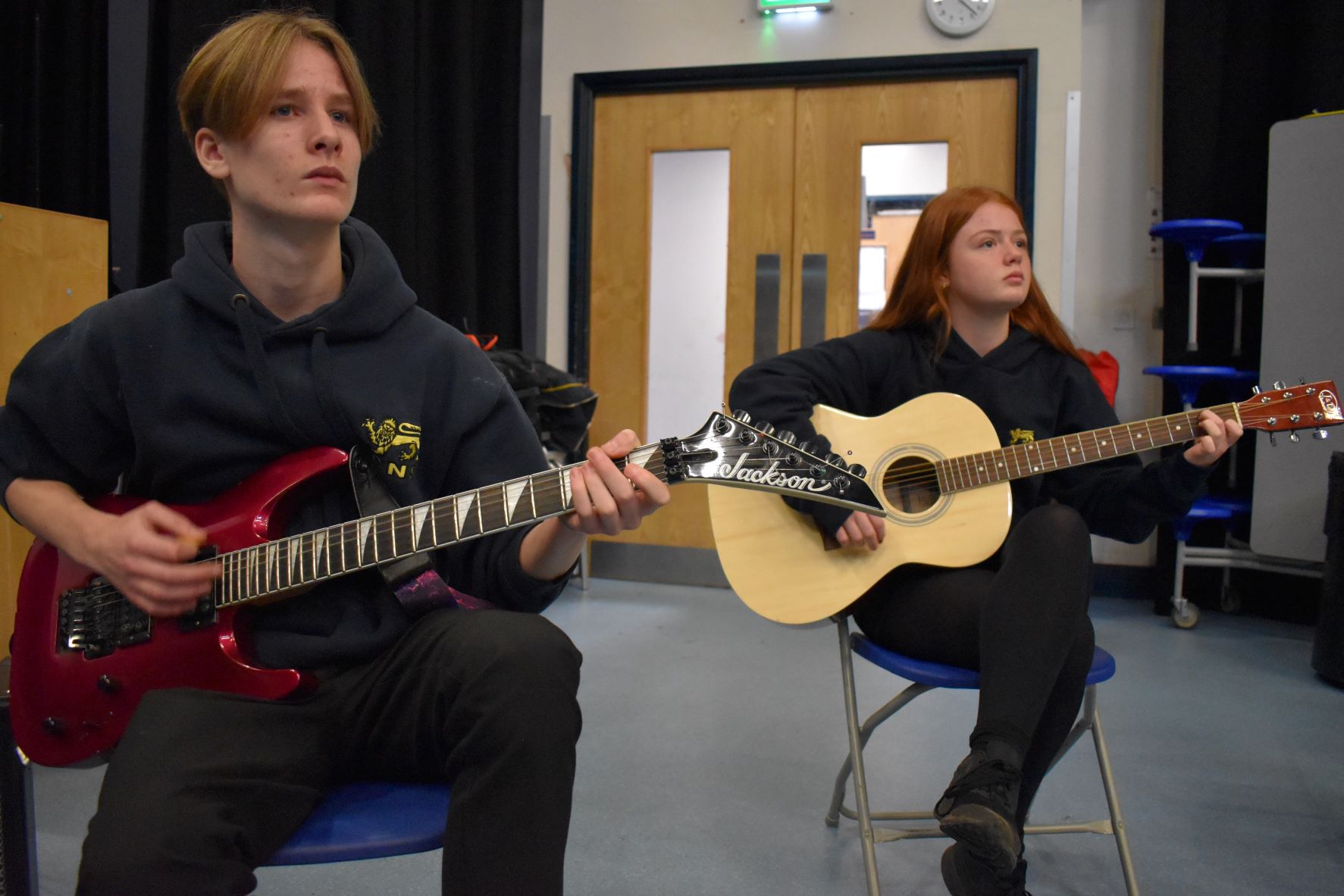 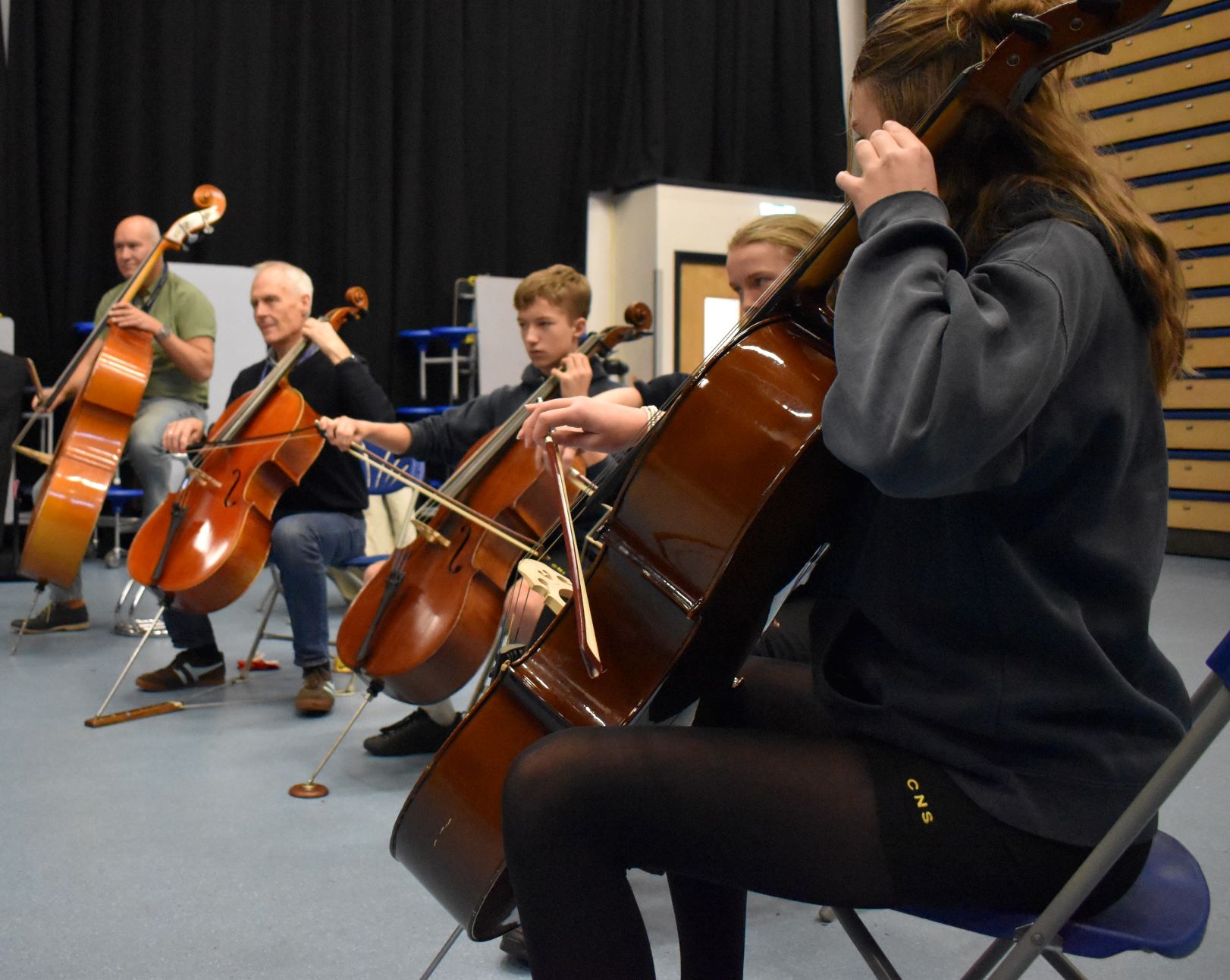 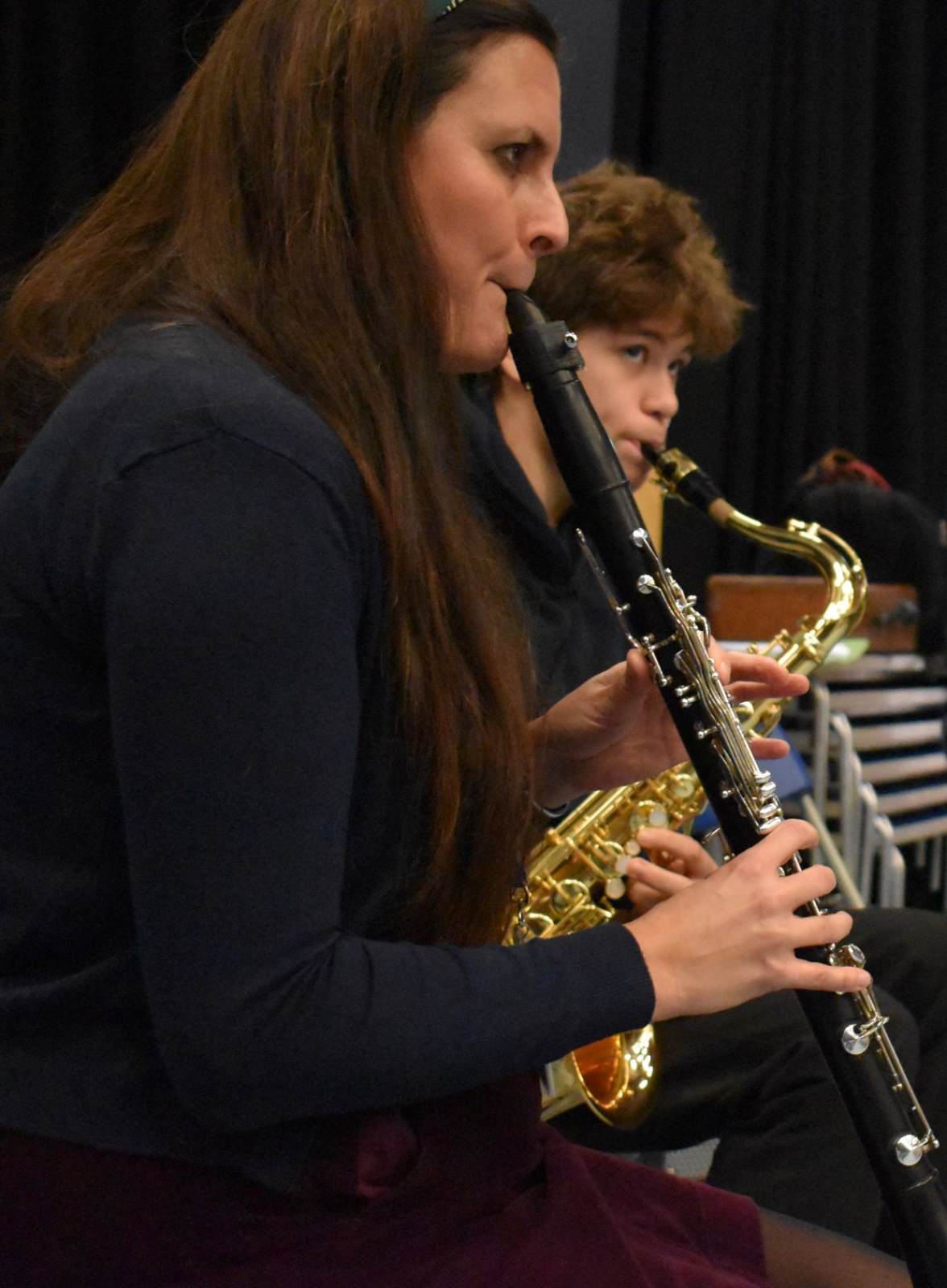